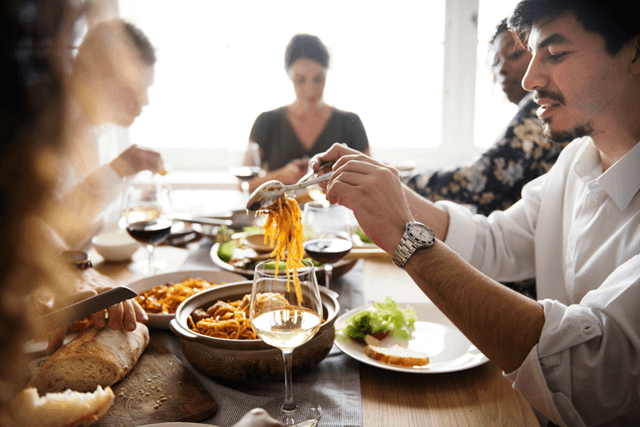 There are many myths surrounding the time when pasta actually entered into Italian food. The most common of these myths is that Marco Polo introduced it to the country from his extensive travels. However, pasta was already a part of Italian food during Marco Polo’s life.

To get to the heart of the matter you must travel even further back in history. In fact the most accepted theory on the introduction of pasta to Italian food takes us back to the eighth century. During this time the Arab invasions greatly influenced Italian food and are the most likely start of pasta’s life in Italy.

Since the wheat used for this early pasta thrived in Italy, it quickly spread and by the 1300’s dried pasta was immensely popular and found all over the country. The appeal of pasta to Italian food was its nutrition and its long shelf life. These factors made pasta a great candidate for long ship voyages and because of this it was one of the first Italian foods to be introduced to the world.

By the time pasta made its world debut much advancement had been made and there were many different shapes and forms of pasta being used in Italian food. The Italians had also developed ways to make pasta faster and more efficiently, making it an integral part of Italian food and Italian life.

The next important phase of pasta’s development in Italian food was the introduction of the tomato of course. Today pasta and tomato sauce go hand in hand when thinking of Italian food, but the marriage wasn’t made until 1839. Prior to this time tomatoes were just being introduced to the world from the Americas and many Europeans believed them to be poisonous. It took a long time for people to trust the tomato enough to eat it and include it in Italian food.

However, once the tomato was accepted it was welcomed with open arms and took off in Italian food, especially in the southern regions of Italy.

Today one only has to look at the numbers to see just how big a role pasta plays in Italian food. Italians eat over three times as much pasta as Americans. Their pasta consumption is over sixty pounds per person per year. It’s no wonder that pasta is considered the cornerstone of Italian food. In fact, pasta is used so extensively in Italian food that Italy must import most of its wheat in order to keep up with the demand.

This popularity of pasta and Italian food has caused pasta to be mass produced. This has lead to an inferior quality of pasta being used in American Italian food. The best pasta is still found in Italy where they stick to the same recipes handed down through the generations. A true Italian food lover must try some authentic pasta made in Italy if they want to capture the authentic taste of Italian food. 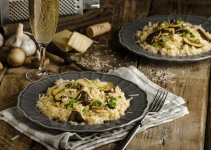 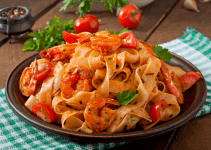 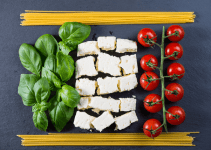