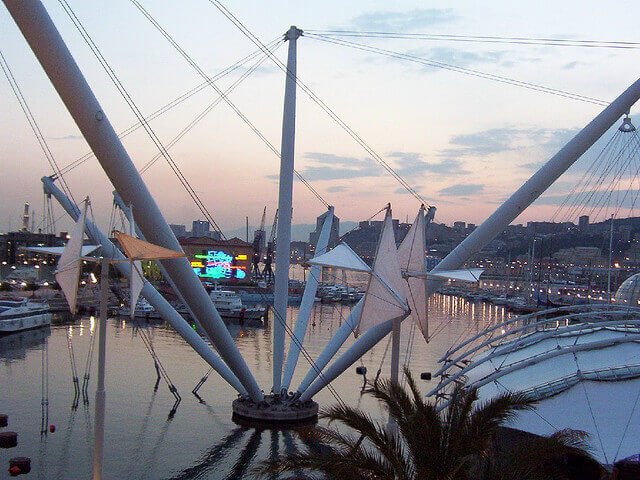 Where to live in Italy

Genoa, with the focaccia and the cult of personality of Fabrizio De Andrè revered as Kim Il-sung in the North Korean Juche ascended into heaven. Rimini, with the meeting and the shops that sell bottles of wine with a picture of Hitler on the label. And Savona, which I do not know how it is because I’ve never been there, but I like to imagine as a Hegelian synthesis of the other two, a city with which it shares a place on the podium of the Italian towns where is better quality of life for young people.

According to a ranking on the index of Liveability in juvenile Italy compiled by the Chamber of Commerce of Milan, in fact, if you are under 30 years old and you live in one of these three cities you should consider yourselves very lucky, whereas if there you live you should seriously think of trasferirvici. After joining a large amount of data companies register and Istat — than those on employment and unemployment and the entrepreneurial dynamism of young people to those on the number of sports facilities and clubs present in these municipalities — showed that in 2015 any young man should want to live first in Genoa, Savona and Rimini.

As we would expect, the news of investiture was reported enthusiastically from newspapers and information sites of the municipalities concerned. But beyond the local pride of journalists pride genovesi, Savona and Naidu— take pride in more than decent 7th place of their city — by looking at the facts, the impression is that a high value of this elusive “youth livability index” do not have real consequences on the real world and on the lives of the people in these places live and work.

The impression becomes more clear by looking at the rest of the League and comparing it with the data of the last years: If today Milan occupies the fourth place, behind there are Prato, Trieste, Novara, Bergamo, Torino and Pistoia – – that is, excluding larger towns, places where young people themselves often feel residents don’t have all these opportunities and maybe move to pursue their studies or seek employment. They confirmed the Savona, pratesi and Rimini I asked, all at first amazed at the place occupied by the respective city of.

I don’t know what we expected to find in the top five, but the apparent paradox is that the places according to the ranking you should live better are also those in which no young puts on behalf of live and from which many are fleeing. I mean, who would want to go live in Rimini? A couple of years ago I happened to spend a few days: I liked it so much that after a few hours I wanted to go home, and on my return I expected a hospitalisation and an operation — a prospect that at that moment I looked more than tempting.

In fact, the mere fact of wanting to measure and classify — and thus express in purely quantitative terms — something undefined and elusive as the quality of life is quite complicated. You don’t have to be Wittgenstein to realize that in this way you are not measuring what you would like to measure, but only its formal expression in the form of employment and number of kiosks along the waterfront of Savona. And the large amount of charts like this, perhaps, is the proof.

For this reason, perhaps, these statistics should be taken with some detachment.Probably only serve to satisfy the human tendency to confrontation and competition – – also because the alternative is that all young people who go to Milan to study in Bocconi and all fags calabresi in Rome have blatantly wrong in their life choices, since, in the same League, these two cities occupy the fourth and twelfth position.

According to another study, Aosta is the most expensive city in Italy and Siena (!) the most convenient:

It is the most expensive city of Aosta Italy, where the cart comes to cost up to 800 euros per year. According to a surveyconducted by the Codacons, together with the specialized site www.spesafacile.com, the capital of the Aosta Valley beatsall the other 109 provinces, arriving to cost as much as 28% more than the cheapest, Siena province. The study examined a basket comprised of 28 commodities, representative of the weekly shopping kind of an average family. In the cart were inserted and then groceries such as milk, eggs, bread, pasta, beef, and goods related to the person such as SOAP, detergent and toothpaste. The result indicates Siena at the top of the leaderboard.

Almost unexpectedly in the Tuscan province to buy the basket of goods identified, you spend less absolute: 49.83 euros.The most expensive province instead just Aosta where, for the same products, you spend EUR 14 63.83 euro net at more than Siena (+28%). Cheapest cities include many southern cities: in second place square in fact Vibo Valentia (50.29 euro)and to the third power (50.98 euros). In contrast between the most expensive are mainly northern cities. The Codaconshighlights that between cities less convenient there are three provinces of Lombardy (Varese, Lecco and Sondrio) and threeof Piedmont (Novara, Vercelli and Verbania).
Looking at the products placed in the shopping list, some record prices extremely varied depending upon the city: for example the rice (1 kg) you can find it at 1.50 euros to power and at 4.84 euros in Nuoro, a difference that comes to 220%;canned tuna (Pack of 3 x 80 g) passes by 1.80 euros of Siena at 4.49 euros of Aosta (+149%); 12 rolls of toilet paper costinginstead 6.98 euros in the province of Verbano-Cusio-Ossola and 3.35 euros in Isernia (difference of 108%). ” The differences between the various cities of Italy in terms of consumer prices, impacting heavily on the budgets of families and on their purchasing power-says President Codacons, Carlo Rienzi-suffice it to say that, by making a complete expense (not just 28possessions of the study) in the city more convenient, at the end of the year you will have savings of about 800 euros perfamily than the most expensive city ”.

In short, to understand where life is cheaper is very difficult. But beyond the economic aspect (in my opinion very important, because, let’s face it, who has the money is good both in Milan as in London or São Paulo) another aspect to consider is the quality of life, and here the data tip, or better said, remain the same, in the sense that the northern cities are those with the best standard of living While the southern ones the worst. 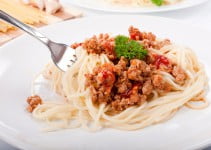 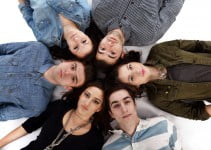